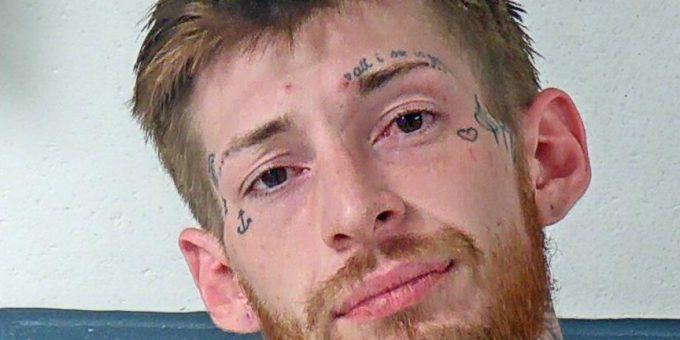 (MITCHELL) – A Mitchell man was arrested Saturday night after Mitchell Police went to serve a felony warrant on a female at a home in the 200 block of Kelly Street.

As officers approached the rear of the home they saw 25-year-old Zane Payton standing outside near a window.

Payton was also wanted on a felony warrant.

Payton saw the officer and went around the corner to the front of the house.

As Payton rounded the house another Mitchell Police officer yelled for him to stop.

A foot pursuit ensued east across a small field toward Payton’s house in the 10 block of Plum Street.

Officers continued to yell for Payton to stop.

An officer finally caught up with Payton and took him to the ground and placed him in handcuffs.

Officers did not find the woman they originally went to the home to arrest.

Payton had three syringes on his person. The syringes tested positive for meth.

He is now facing new charges of residential entry, possession of meth, unlawful possession of a syringe, and resisting arrest by fleeing.