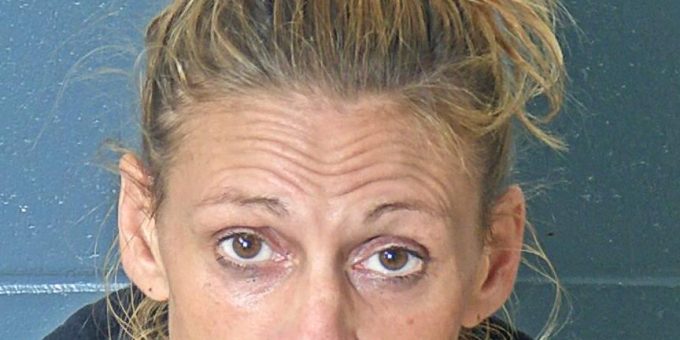 (MITCHELL) – A Lexington, Kentucky woman was arrested early this morning after her vehicle was stopped by an Indiana State trooper on State Road 37 at US 50 East.

The vehicle was stopped because the blue 2007 Honda CRV didn’t have a working license plate light.

As the trooper approached the vehicle he could smell the odor of marijuana coming from the vehicle.

Mitchell Police officers then arrived to assist with the traffic stop.

Jackson, who was the driver, told the trooper she didn’t have her license with her. There were four other occupants in the vehicle.

Jackson told the trooper there was part of a hand-rolled marijuana joint in her cigarette pack.

The trooper was then notified Jackson’s license and vehicle plates were expired.

Jackson admitted some of the items were hers. She told police the other items could possibly being to her oldest son, who owns the vehicle. She said she had been using his vehicle for the last week.