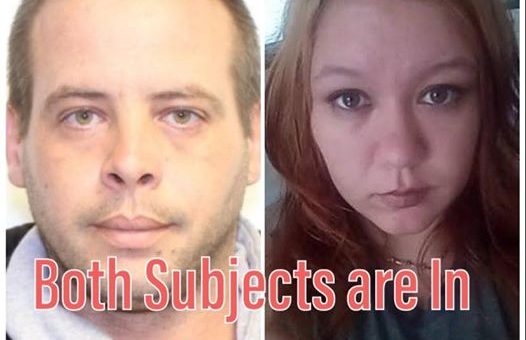 (HARRISON CO.) – The two persons of interest in the Harrison County Roadside shooting which occurred on Wednesday, August 19th near the O’Bannon Woods State Park have been located.

Around 9:15 p.m. Wednesday police were responded to State Road 462 and Old Forest Road after reports of a man being shot while driving his car near O’Bannon Woods State Park.

An off-duty Corydon police officer who lived nearby was first on the scene.  DNR Conservation Officers and ISP Troopers soon arrived.

Officers found a gray 2016 Hyundai Santa Fe with a Kentucky license plate crashed into the wood line on the east side of State Road 462. The car was occupied by a family of three. The male driver had been shot multiple times and officers immediately rendered first aid. A female front seat passenger had also been struck by gunfire. The couple’s 16-year-old daughter, who was in the rear passenger seat, was not hit during the incident.

The driver was flown to University Hospital in Louisville with life-threatening injuries. Both passengers were taken to the University of Louisville by ambulance.

At this time, investigators believe the family had just left O’Bannon State Park after enjoying a hike, when, for an unknown reason, a white Dodge Avenger pulled up quickly behind the car with its high-beams on. The Santa Fe pulled to the side of the highway and stopped to allow the vehicle to pass; however, the Avenger then pulled alongside the car, and an occupant fired multiple rounds into the Santa Fe. Investigators believe the driver of the Santa Fe then attempted to escape but crashed the car a short distance down the roadway.

After the shooting, officers believe the driver of the Avenger fled the scene and abandoned the car in a cornfield approximately 15 miles away, near Carefree, Indiana. The driver then stole a pickup truck parked at a nearby residence and fled the area.

41-year-old Timothy Sargent and 20-year-old Savanna Emich were arrested by South Dakota authorities after allegedly being involved in a pursuit near Sioux Falls.

Both Sargent and Emich are persons of interest in the Harrison County shooting and are needed for questioning in that case. Neither has been formally charged with any crime in Indiana, but Sargent is wanted for attempted murder in Ohio. Sargent is also a person of interest in a second Ohio murder and a murder in West Virginia.

The Indiana State Police in Sellersburg would like to thank the public for their assistance in attempting to locate both subjects as well as the 2000 Chevrolet pickup truck they were traveling in.

More information will come as the investigation continues.