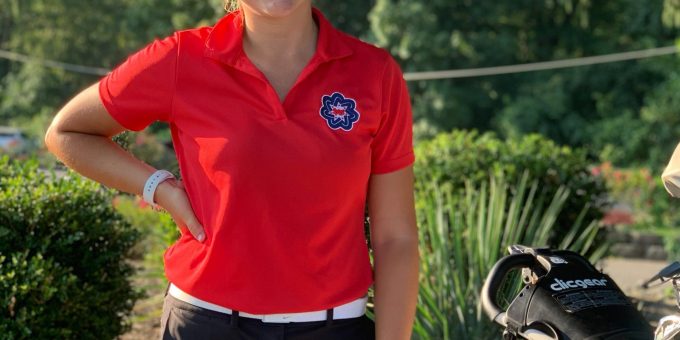 BEDFORD – Home was sweet for Bedford North Lawrence’s Olivia Sanders in her belated home-course debut for 2020. Her teammates finished with sour looks.

Sanders fired a 1-over 38 on the front nine of Otis Park on Monday afternoon, leading the No.18 Stars to a cruise-control victory over Edgewood. BNL shot 175, while the Mustangs totaled 258.

The victory was accepted, but after posting outstanding team scores of 155 twice last week, BNL coach Aaron Sanders wasn’t too impressed with the 20-stroke backward move in the first competitive look at familiar ground.

His daughter did her work. Olivia posted two birdies (the back-to-back par-5s midway through the round) to erase three bogeys. She was remarkably consistent with 4s on the scorecard until bogeys on the final two holes. She was one of the few to take advantage of home turf.

“Being home is absolutely wonderful,” Sanders said. “There’s no long bus ride after the day.

“It’s tough not competing on your home course. You come out here all day and hit balls, but being competitive is completely different.”

Most of her teammates had that cracked-my-phone-screen look. Addyson Bailey carded 44, Ashley Chase added a 46, while Kennedy Blair and Kenley Craig completed the team scoring with 47s.

“We have to start playing our home course,” coach Sanders said. “We haven’t been out here much. You go on the road so much, and the days we are here we’re trying to clean things up on the range, chipping and putting.

“But we have to learn how to play golf, especially on our golf course. I saw some silly theee-putts where they should know the situation. It’s like some of them don’t know our own course, which is a little frustrating. We should know our course better than what we do.”

BNL will return to Otis to face Martinsville on Thursday.