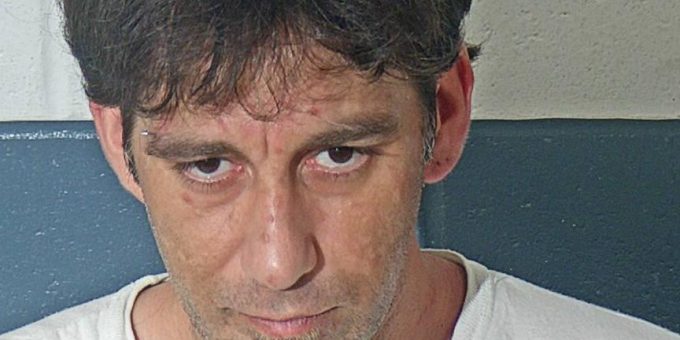 (BEDFORD) – A Bedford man was arrested after Bedford Police officers were called to Circle K at 16th and H streets Saturday night.

When officers arrived they found 39-year-old Jackie Russel passed out behind the wheel of a vehicle parked at the gas pumps.

When officers arrived they woke Russell to determine if he was okay.

“Officers determined he was too intoxicated to leave therefore was arrested,” said Chief Terry Moore. “During a search officers located two baggies of methamphetamine and heroin in his sock.  They also located in the vehicle a used syringe.”

Officers transported Russell to the station where he became agitated and damaged the door in the processing room.