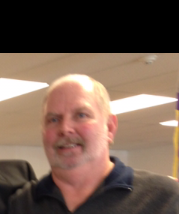 He was born in Orange County on January 28, 1952, he was the son of the late Bill and Alvena (Dotson) Willoughby. Rex graduated from Springs Valley High School in 1970.

Rex was an outstanding athlete he played on the 1969 Indiana All-Star Football Team. He was recruited to play football at Indiana University and transferred one year later to the University of Evansville. At Evansville, he was selected as an outstanding college athlete in America in 1975. His college football team in 1974 played in the semi-final round of NCAA III
Football Championship. Rex graduated from the University of Evansville with a Bachelor of Arts Degree in 1976.

Early on he worked alongside his Dad at the French Lick Sheraton Hotel, for many years he worked for Bowen Engineering.

Due to the Covid-19 virus, a memorial service will be held at a later date.