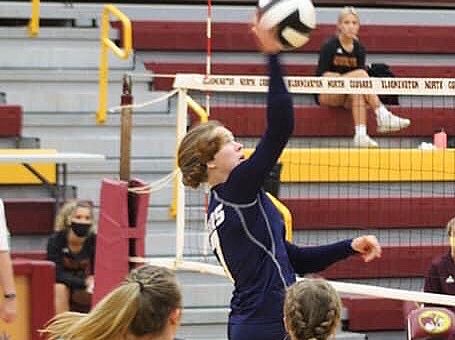 BLOOMINGTON – Bedford North Lawrence played from behind all day and never caught up as Bloomington North posted a three-set sweep during high school volleyball action on Saturday.

North surged in front in each set, save for BNL’s burst to a 9-7 lead early in the third.

“We were chasing them and never had the lead,” Arthur said. “We’re a team that thrives on momentum, We don’t play our best when we’re trying to play catch-up.”

The Cougars closed out the first set with a 10-3 run and kept the advantage.

“It sucks to lose, but now we’ve had a taste of winning and losing. Now we know what it’s like. I wasn’t entirely disappointed in our performance. We worked hard at blocking in the middle.”

The Stars (2-1) will host Edgewood on Monday.