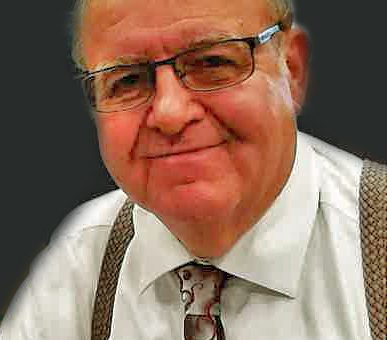 Ray graduated Mitchell High School in 1964, Indiana University Bachelor of Arts in 1968, and Indiana University School of Law (now Mauer School of Law) in 1971.  He was initiated into Phi Delta Kappa legal fraternity in 1969 and Phi Sigma Kappa social fraternity in 1966, and Arnold Air Society.  He was sworn in to the Supreme Court of State of Indiana and U. S. District Court in 1971.

Ray served in the U. S. Air Force attaining the rank of 1st Lt. as procurement officer with an honorable discharge in 1972.

He entered private practice of law first in Mitchell in 1973 and then in Bedford the summer of 1981. He served as Deputy Prosecutor beginning in 1974 and later as public defender.  He served on the Drug Court beginning in 2005 and various dates as Judge Pro Tem.

Ray was adjunct professor at Bedford College Center of Oakland City and WBIW broadcaster for Mitchell High School football and basketball games from 1975-1995.  He wrote sports one season and occasional guest editorials for the Bedford Daily Times Mail.  Ray had been a member of the Mitchell Rotary Club, was a member of American Legion Post No. 250, and was initiated in 1968 into the Masonic Lodge No. 228 F.& A. M.  He received his 50 year pin in 2018.

He served as an officer in Hoosier Hills Ham Club and had the call sign of K9ZRL since childhood.  He gave over 200 tests for amateur radio licenses.

Ray became a Master Gardener in 2003 and was a charter member of Hoosier Hillsides Master Gardeners Club and president in 2004.  He served on the Abraham Lincoln Bicentennial Commission from 2007-2009 and assisted in the completion of the Plaza at Lincoln State Park in Spencer County.  For many years he, with friends, attended conferences and toured Civil War Battlefields.  He served from 1998-1999 as president of the Air Force ROTC Alumni Association, and was Phi Sigma Kappa Advisor for Sigma Triton Chapter re-chartering in 1991.  He served as vice president of the Little Theatre Board in 1993-1994 and acted in several productions.  Ray was a charter member and vice president of the Stonebelt Stargazers Astronomy Club which began in 2000.  He was twice on the winning team of Brain Games, Civil War Marching and Chowder Society.

A private family service will be at 2:00 p.m. Monday, August 24, in the Memorial Chapel of Chastain Funeral Home & Cremation Center with Brother Tom Bostic officiating. Military honors will be accorded by American Legion Post No. 250 and Veterans of Foreign Wars Post No. 9107.  Cremation will follow.

The family will receive friends from noon until the service on Monday at the funeral home.

In Ham language we would say, “Forever we will remember them, and hold them in our hearts as Silent Keys.”