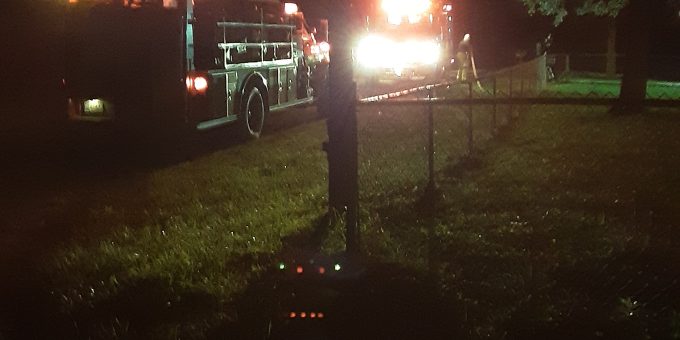 (SPRINGVILLE) – No one was home when a blaze broke out in the 300 block of Red Hill Addition Thursday night.

The call came in at 10:23 p.m. that flames and heavy smoke were coming from the home.

According to firefighters, the fire started in a bedroom, no one was home at the time. Firefighters were able to rescue a dog that went back inside the residence.

The fire is believed to be electrical in nature.

Firefighters from Perry and Marshall Townships was able to quickly bring the fire under control.

“We weres able to have the blaze out within twenty minutes of the call,” according to Perry Township Fire Chief Jessica Voorhies.

Firefightes remained on the scene for two hours following the blaze making sure there were no additional hidden fires, and all the hot spots were completely out before leaving the scene.