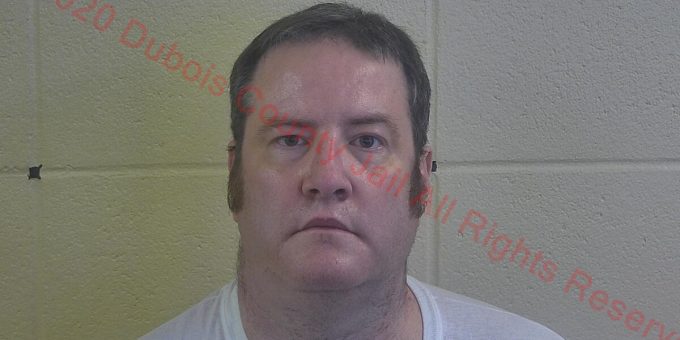 (DUBOIS CO.) – A Vincennes man convicted of attempted Rape was sentenced to 7-years in prison Tuesday in Dubois Circuit Court.

According to the prosecutor’s office, the case began back in November of 2017 when a woman called the Jasper Police Department, saying that someone was trying to get inside her apartment

Jasper Police arrested 46-year-old Joshua Palmer after they found him outside of the woman’s apartment with his pants unzipped and wearing a black glove on one hand.

Dubois County Prosecutor Anthony Quinn says police uncovered significant evidence on Palmer’s person and in his car that Palmer intended to harm the woman who had called 911.

Police found a knife in Palmer’s pocket and a knife, along with condoms, sex toys and a bondage device. In his vehicle police found a handgun, binoculars, a gorilla mask, pantyhose, tape, baby oil, several pairs of black gloves, a bag full of tools, and two cameras.

Digital forensic experts say they found internet searches on his phone such as “when and where are women most vulnerable to assault”, “unlocking doors and windows in a girl’s apartment”, and “she should have locked her door” and bondage videos.

Palmer tried to open the door to the woman’s apartment but was stopped by a deadbolt.

Prosecutor Quinn says while no one was injured in this case, it could have been a different situation had the victim not locked the deadbolt.