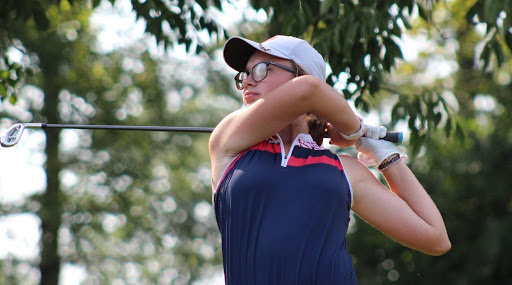 Olivia Sanders earned medalist honors for the No.19 Stars, who have yet to compete on their home course this season, with a 3-over 39. She birdied the eighth hole, offsetting a double-bogey on the ninth.

”Our score wasn’t too bad on that front nine,” BNL coach Aaron Sanders said. “The greens are really quick, and they’ll just jump up and grab you when you’re not expecting it if you get above the hole. That cost us a few shots.”

Addyson Bailey birdied the first and suffered two doubles while posting a 42, Ashley Chase posted a 43, and Chloe McFaddin capped the scoring with 44.

“I think we may be a little fatigued from this week,” Sanders said. “We’ve had a long week with traveling. Now we will get back to Otis Park and clean up a few things.”

Kate Shapiro paced the Panthers with a 40.

BNL will visit Floyd Central on Saturday, then finally make their home debut against Edgewood on Monday.