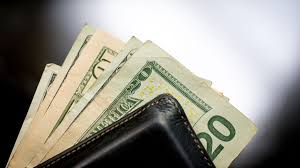 (UNDATED) – Indiana is pursuing a new federal program that would provide a $300 boost to unemployment insurance benefits for Hoosiers left jobless or with lost wages due to COVID-19.

Gov. Eric Holcomb confirmed Wednesday that the state sent a grant application to Federal Emergency Management Agency for the Lost Wage Assistance program, roughly $44 billion from the Disaster Relief Fund that President Donald Trump authorized to replace the $600 supplemental unemployment insurance benefit that expired at the end of July.

Indiana decided against providing a $100 state-funded supplement to the federal contribution that would bring the total boost to $400, even though CARES Act funding could be sourced for the match.

Department of Workforce Development Commissioner Fred Payne says fewer than 10 states have signed up for the program so far, and none of them are paying the state-funded extra hundred, though some are still considering it.