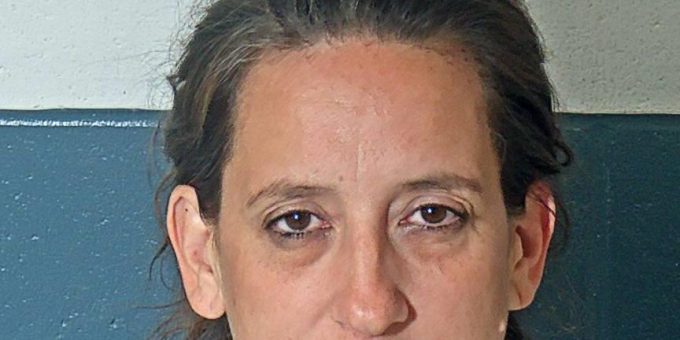 (BEDFORD) – A Bedford woman was arrested Wednesday after causing a disturbance at home in the 100 block of Parkwood.

Police responded to the area of Parkwood after a family member reported Rishforth was drunk and yelling in the woods. The family member was worried because Rishforth had been screaming and then went quiet for about 20 minutes and she was concerned about Rishforth’s safety.

“An officer attempted to locate Rishforth in the wooded area but due to the amount of brush and the steep decline was unable to find her,” said Chief Terry Moore. “A short time later Rishforth began yelling again and was located lying down in the brush in the same area.”

According to a probable cause affidavit, Rishforth told the officer she had been drinking and was hiding from her mom. While speaking with her the officer could detect the odor of an alcoholic beverage emitting from her.

Rishforth was escorted out of the woods by two officers and kept falling against them. She was then arrested.

Rishforth then began yelling for her mother and continued to scream after being asked to stop.

She was then transported to the Bedford Police Department where she continued to scream at officers.

When the officer arrived in the sallyport of the jail Rishforth dropped a brown napkin. In the napkin, the officer found a plastic baggie that contained marijuana. Rishforth told the officer she had it hidden in her bra.