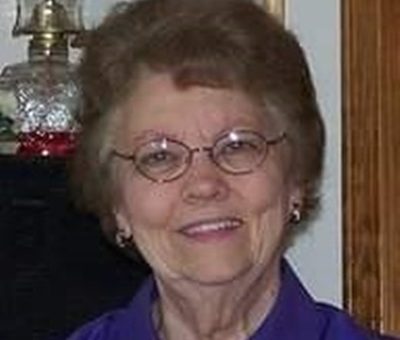 Born August 5, 1931 in Bedford, she was the daughter of Joseph Edward and Dora Ruth (Hilton) Grogan. She was a graduate of Bedford High School. She retired from Sears and had volunteered at the Lawrence County Museum for several years. She was a member of the First Baptist Church and the Red Hat Society. She married Richard Dale Byers on April 14, 1950, and he preceded her in death on September 30, 1991.

She was preceded in death by her parents, her husband, a sister, Reva
Underwood, and two brothers, James and Larry Grogan.

Funeral services will be conducted at 2:00 p.m. on Saturday, August 22nd in the Elmwood Chapel of the Day & Carter Mortuary with Lee Brown officiating. Burial will follow in Cresthaven Memory Gardens. Visitation will be from 11:00 a.m. until the hour of service on Saturday at the mortuary.
The family asks that friends consider memorial contributions be made to the Special Olympics.