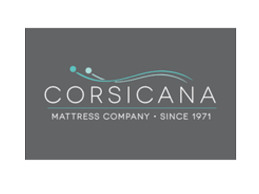 (LAPORTE) — A Texas-based mattress maker announced plans Wednesday to open a factory in northwestern Indiana and hire up to 350 workers there by the end of 2023.

Corsicana Mattress said it would invest $8.6 million to lease and equip a manufacturing plant in LaPorte for its growing boxed-bed product line. The Dallas-based company said the plant is expected to be operational by late 2020 and will allow for same-day shipping, reducing customer wait times.

The Indiana Economic Development Corp. offered Corsicana up to $2.3 million in tax credits based on its job-creation plans. The credits are performance-based, meaning the company can’t claim them until workers are hired, the Indianapolis Business Journal reported.

Corsicana, which employs about 950 people nationwide, said it would immediately begin hiring and training employees for manufacturing and warehouse positions at a temporary space in Michigan City, just northwest of LaPorte.

The city of LaPorte is located about 20 miles (32 kilometers) west of South Bend.

Founded in 1971, Corsicana Mattress operates 10 U.S. production facilities and ranks among the mattress industry’s 10 largest producers, according to Furniture Today.