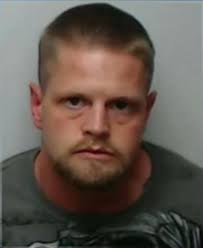 (JEFFERSONVILLE) — A southern Indiana man accused of killing his ex-girlfriend and eating parts of her body has been found competent to stand trial next month.

Defense attorneys for Joseph Oberhansley, 40, and prosecutors met Tuesday for an online hearing with Clark Circuit Judge Vicki Carmichael after her court received notice that his competency had been restored during a second stay at Logansport State Hospital, the News and Tribune reported.

Jury selection is scheduled to begin Sept. 8 with the jury pool coming from Allen County.

Oberhansley was charged in September 2014 with murder, rape and burglary in the death of 46-year-old Tammy Jo Blanton at her Jeffersonville home.

He was found incompetent for trial in January after evaluations by two psychologists, and transported to Logansport State Hospital in May after a two-month delay due to COVID-19 restrictions.

He was set to stand trial in August 2019 with a jury drawn from central Indiana’s Hamilton County, but a mistrial was declared during the first day of testimony after a state’s witness spoke of things attorneys had agreed would not be mentioned to the jury.

Attorneys tried to select a new jury from Hamilton County, but they found that due to media coverage, many potential jurors already knew details about the case.