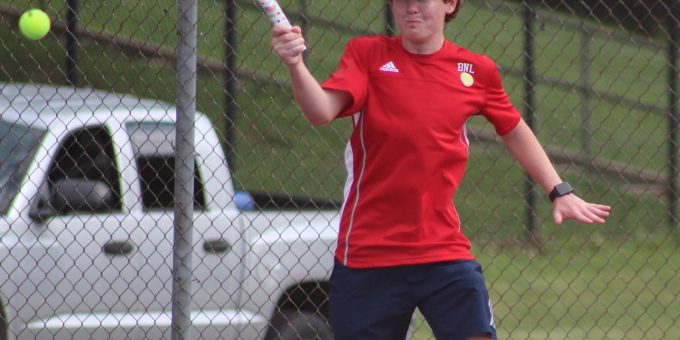 The Panthers (2-0) dominated four of the five courts, dropping only two games in those matches, while cruising to a 5-0 victory over the Stars (0-2).

BNL’s only battle was waged by Graham Turner, who won the first set at No.3 singles before falling in a super-tiebreaker third set against South’s Evan Kantor. On the other courts, the fight was over not long after it started.

“We were making it easy for them,” BNL coach Donnie Thomas said. “We keep putting balls right to their forehand side, their strong side. We weren’t going to the weak side, and we made a lot of mistakes.

“Were we going to beat them? Probably not. Could we have played a lot better? Yes we could. It’s disappointing.”

Turner went the distance. He bolted to a 5-2 lead in the opening set and hung on for a 6-4 triumph. After Kantor took the second 6-2, and with the team outcome already decided, they played a quick tiebreaker rather than a full, extended set. Kantor, trailing 9-7 in the race to 10, won the final four points and prevailed 11-9 to decide it.

“If we could win one court, we’d be happy,” Thomas said. “Keep them out there for at least an hour and win a court, and it’s a victory.”

The Stars will return to action on Thursday when they visit Trinity Lutheran (which replaces the originally scheduled road trip to Linton).