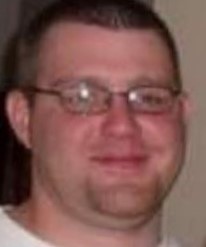 He was born on October 16, 1980, in Bedford to Gary M. Smith and Cindy (Tarver) Robertson. Jon was a talented athlete. Growing up he played soccer, baseball, basketball, and football. In his late 20’s -early 30’s, he got the opportunity to play Rugby in New York. In his mid 20’s, he became a father to a beautiful daughter, Lyric A. Smith. Jon also was a talented artist. He was a person who loved to learn about new things and experience new places.

Jon was always Jon and he never met a stranger. He will always be known for his quick wit, infectious smile, and social personality.

Survivors include his daughter, Lyric A. Smith of Greenwood, his mother, Cindy (Tarver) Robertson of Springville, his father, Gary M. Smith of Williams, one sister, Jennifer Caswell of Owensburg, two brothers, Joe Smith of Bedford and Josh Smith of Bedford, four nieces, and three nephews.