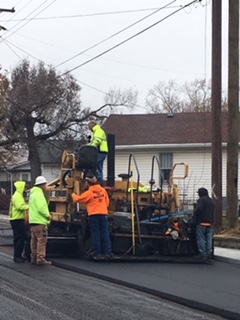 (BEDFORD) – The Board of Works accepted a change order for the Lincoln Avenue project which included the deduction of $183,715.17 which the city will not pay King’s Trucking and Excavating.

This comes after they would not return and fix the asphalt issues on Lincoln Avenue north of 5th Street.

Mayor Sam Craig says the milling and repaving of this area will be done in the near future at no additional cost to the city due to this deduction.