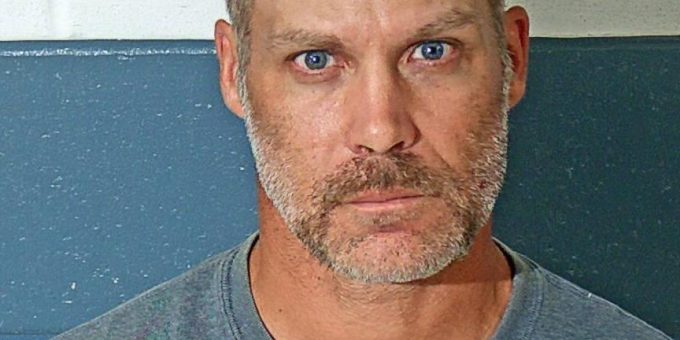 (BEDFORD) – A Bedford man was arrested Monday on a warrant charging him with home improvement fraud.

According to a probable cause affidavit, the crimes were committed from August 2016 through December 2019.

Detectives began their investigation on February 29, 2020, when a woman reported her contractor had scammed her. The woman told police she paid for work to be completed around her home and the work was never done.

After gathering the woman’s information and paperwork detectives began looking into Reed’s business practices and found several civil cases along with various other prior criminal fraud cases with similar circumstances where other victims had sued Reed.

According to police Reed was contracted in July 2019 to complete a pole building. The building was to be completed by September 2019. The landowner paid Reed $6,500 down and construction was never started. Reed is also accused of stealing several toolboxes and tools from the landowner. Police say the total amount of tools totaled around $22,000. The owner was able to provide receipts for the toolboxes and tools and photos of the equipment.

Another individual hired Reed in September 2016 to excavate and grade his driveway, dig out a pond, and pour concrete under his deck and beside his garage. The person paid Reed $1,200 down to do the work with the balance due on completion of the projects. Reed worked one day and asked for an additional $1,200 which the landowner paid. Reed never returned to complete the jobs.

In August 2016 a woman hired Reed to install a new roof on her house. The woman paid Reed $13,281 to do the roof and other jobs. Reed never replaced the roof or completed any other work for the woman.

A Williams man hired Reed in June 2019 to do some add on work to his detached garage including enclosing a lean-to portion of the structure. Reed was paid $2,000 to begin work but Reed never started the project.

An Oolitic couple hired Reed in June 2019 to do improvements at their home. The couple paid $2,780 to Reed to bust up and replace concrete and new steps and sidewalks. Reed completed some of the work but Reed placed a perimeter drain in that area lying on the ground and not under the concrete as it was supposed to be. Reed told the couple the drain was clogged and would to need replaced at a cost of $1,675 including a few other small jobs.

The couple told police the workmanship by Reed left the house in danger of water damage due to the poor construction of the concrete pad. Because of this, water was allowed to run into the foundation of the house. The couple also stated that the concrete had pulled away from the house and started to break off in chunks. The couple learned Reed did not put a gravel base or rebar down under any of the concrete pads and left much of the concrete work unlevel and not installed or poured correctly. The couple had to pay another contractor to fix Reed’s work. Reed was also paid to build new deck stairs and repair a garage door and other jobs he never completed. In all the couple spent more than $13,000 which included the cost to repair what little work Reed complated.

In the fall of 2018, a man hired Reed to fix a home he and his wife were looking at purchasing. Reed was paid $2,680 to do the work. Reed tore down a deck and replaced some siding but never completed the work.

Reed was then hired in June 2019 to do some repair and electrical work and build a new bathroom. The property owner paid $2,100 for the work. The property owner’s parents also purchased a furnace from Reed for $3,000 but they never received the furnace. Reed is also accused of stealing a new 55″ TV.

A Bedford man hired Reed to fix termite damage to his home replacing subflooring and ceiling. Reed made more than $42,800 fraudulent charges on the man’s credit card and the man may have to file bankruptcy due to Reed’s actions.

The estate of a man filed a lawsuit against Reed after he was hired to do work. Reed was hired to leveling the land where the old driveway had previously been removed and to pour a new concrete driveway. Reed was paid $17,000 and never did the work.

A Bedford woman hired Reed to some remodeling work in September 2019. The woman paid Reed $12,230 but he never completed the work.

In April 2018, a Bedford man hired Reed to remodel a garage and a portion of his house. The man paid Reed $8,000 to do the work which never got done.