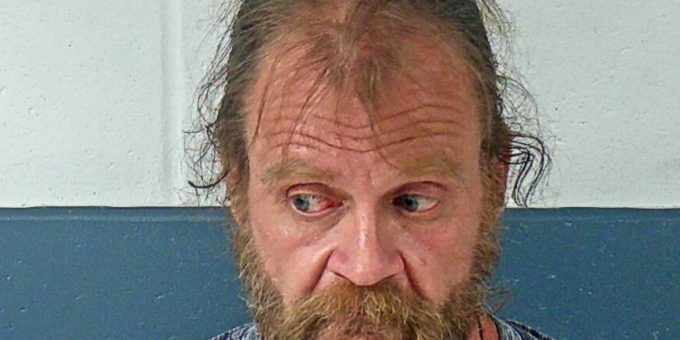 (MITCHELL) – A Switz City man was arrested Saturday after a Mitchell Police officer stopped his vehicle for driving erratically.

Meek was arrested after a Mitchell Police officer received a report of an erratic driver in a blue Chevrolet Trailblazer traveling west on State Road 60 East toward Mitchell.

The officer asked Meek if he had a medical emergency or any physical conditions that would affect his driving and Meek said he did not and told the officer “I must not have been paying attention.”

The officer asked Meek if he had been drinking. Meek told the officer he had a full unopened bottle of whiskey behind the passenger seat.

When Meek provided the officer with his vehicle registration, the officer noticed an empty gun holster Meek pulled out of his glove box. The officer asked Meek where the gun was and Meek said it was not in the vehicle.

Meek was asked to step out of the vehicle. The officer observed Meek’s hands were shaking and he avoided eye contact with the officer.

The officer then learned Meek has two pending cases one out of Monroe County for dealing meth as well as one in Lawrence County.

Meek continued to be fidgety and nervous.

Meek told the officer he was a Wiccan and had just purchased a church. He said he had come from Salem and was meeting a high Wicca priestess to buy a sewing machine. William explained that he had been looking for a sewing machine and that it had been hard to locate the one he wanted.

Meeks denied any of the items were his and said they belonged to his nephew who had used his vehicle.

Meeks did admit that the gabapentin pills were his and he had a valid prescription for them.