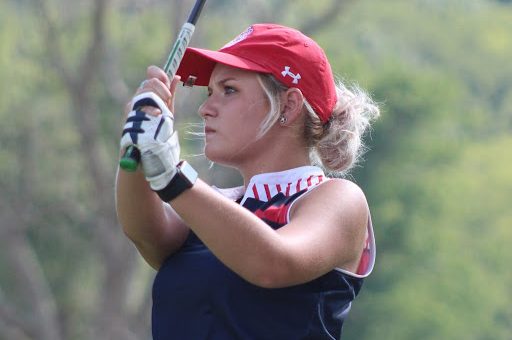 NEW ALBANY – Bedford North Lawrence, ranked No.19 in the latest state poll, carded a number worthy of that status on Monday afternoon.

The Stars fired a sizzling team total of 155 on the front nine at Valley View, easily conquering New Albany (181) during a nine-hole dual match on the course that will host the Hoosier Hills Conference tournament later this season.

Bailey birdied the sixth and seventh holes to offset bogeys on the second and eighth.

“Today went really well and gave me a lot of confidence,” Bailey said. “I didn’t rush today. I just took my time and didn’t overthink a shot. I had quite a few birdie putts that rimmed out that hurt, but I’m still happy with my score.”

Chase had a birdie on the seventh, while McFaddin tamed the first and fifth holes.

“The seniors were solid and we got a nice boost from Chloe,” BNL coach Aaron Sanders said. “She’s been a great addition to our team. She plays with a lot of poise and has a lot of talent. She’s been knocking on the door of breaking 40 the last couple of matches. She put in a bunch of work over the summer and it’s starting to pay off.”

Laken Tetley carded a 42 for the Bulldogs.

“You always hope those long weeknight trips are worth the trip, and tonight certainly was,” Sanders said. “To post that kind of number on the course that will host our conference is a nice confidence boost.“

The Stars will face Seymour and Jennings County at Seymour on Tuesday.