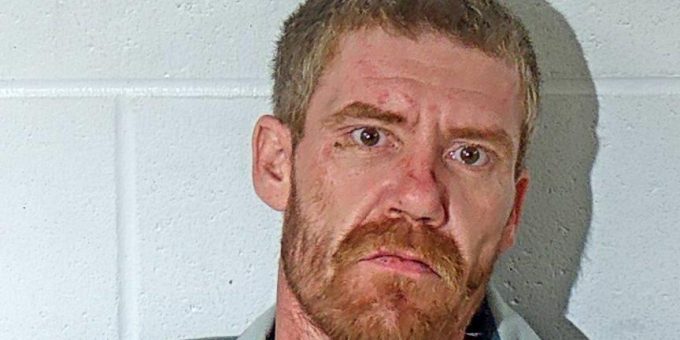 (MITCHELL) – A Mitchell man was arrested on a charge of public intoxication Saturday morning.

Bedford Police arrested 36-year-old Phillip Deckard after officers were called to 16th Street near IU Health Hospital after a report of a man walking down the street in hospital gown.

The dispatcher reported that Deckard was being treated at the hospital and left against medical advice, had walked into a glass door on his way out of the hospital, and was now walking down the street.

Officials say he did not cause any damage at the hospital but was told that Deckard was intoxicated on narcotics and was a potential harm to himself or others.

As the responding officer was traveling west on 16th Street he located Deckard stumbling down the sidewalk on the southside of 16th Street.

The officer pulled up behind Deckard and turned on his emergency lights. Deckard stopped and the officer told him he was concerned for his well being.

While speaking to Deckard, the officer he had poor manual dexterity, his speech was slurred and at times unintelligible, and his pupils were dilated. His knees kept bending as if he was going to fall, and he was swaying in circles as he was standing.

Deckard told the officer he had taken suboxone the previous night and he went to the hospital because he thought he had a stroke.

While speaking with Deckard the officer was advised that IU Health called and stated that the doctor spoke with Deckard before he left the hospital.
The doctor stated that Deckard was able to make the decision to leave the
hospital on his own.

The officer felt Deckard was a danger to himself and transported Deckard to jail on a charge of public intoxication.