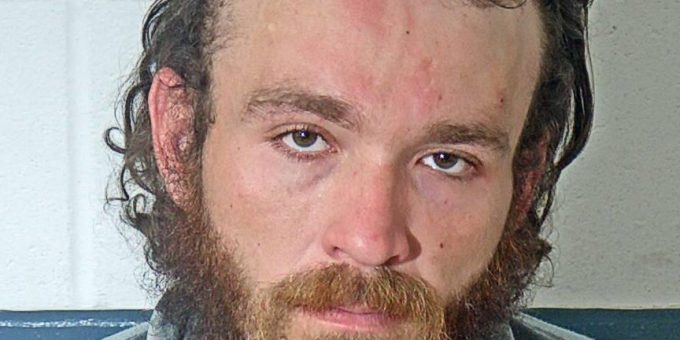 (MITCHELL) – A Mitchell man was arrested Friday on a charge of domestic battery in the presence of a minor.

Mitchell Police officer arrested 26-year-old Brenna Winkler at 1:37 p.m. after a report of a physical domestic fight at a home in the 570 block of State Road 60 East.

According to a probable cause affidavit, when officers arrived they found a female standing in the driveway with multiple baskets of her belongings and she was crying.

Winkler was standing on the porch holding a baby.

Winkler told police the female went “nuts” and he just wanted it to stop.

The woman told police Winkler and she had got into a physical altercation and Winkler slapped her in the face while her 5-year-old daughter was present.

The woman then signed a battery affidavit and Winkler was arrested.

Winkler told police, ”you know I didn’t hit her”.

Winkler then began to be verbally combative with officers regarding the incident and did not wish to make a statement to the officers.

Police noted that Mitchell Police officers have responded to the home approximately 18 times this year. The majority of these calls have been due to domestic issues between the woman and Winkler. Both were told multiple times of the civil process to take to resolve their issues.

The responding officer had personally obtained a vacancy in Becky’s place for the woman, obtained a hotel room for her for the night, and provided her with cash for food for the night. That officer was later told that Winkler had picked the woman up from the hotel and she had moved back in with him.