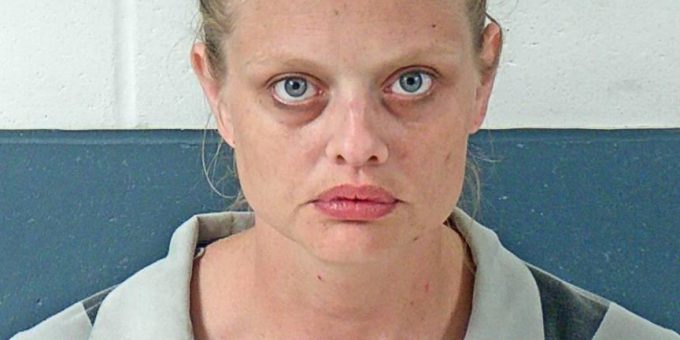 According to a probable cause affidavit, on Sunday while on routine patrol a Lawrence County Sheriff’s deputy stopped a green Toyota SUV that was traveling southbound on State Road 37 at the intersection of State Road 54.

The driver of the SUV was in the outside lane and abruptly enter the right-hand turn lane for State Road 54 and begin to accelerate quickly.

The deputy says the driver did not signal a lane change or give adequate time for approaching traffic to react to its lane movement.

The officer activated his emergency lights and stopped the vehicle on State Road 54, just west of the intersection.

The officer approached the male driver, Jeremiah Collins, and his passenger, Sabrina Heitzke.

Collins stated he had a suspended driver’s license and that he was driving because Heitzke was tired.

Heitzke provided the officer with an Indiana identification card and stated that she was in the process of receiving her driving privileges, however,
she had still not completed the physical driving portion of her testing.

Collins stated he was the registered owner of the vehicle and the vehicle was properly insured.

While searching the vehicle, officers found a capped prescription pill bottle in the passenger side front door pocket with the name of another female on the bottle. The bottle contained 30 Clonazepam pills.

Heitzke admitted the items belonged to her. She also admitted she had suboxone strips and meth in a baggy in her bra.

Heitzke was transported to jail. Collins was issued two information and complaint citations for failure to signal a lane change and driving while license suspended or revoked. Collins was then released from scene awaiting a valid driver to take possession of the vehicle.