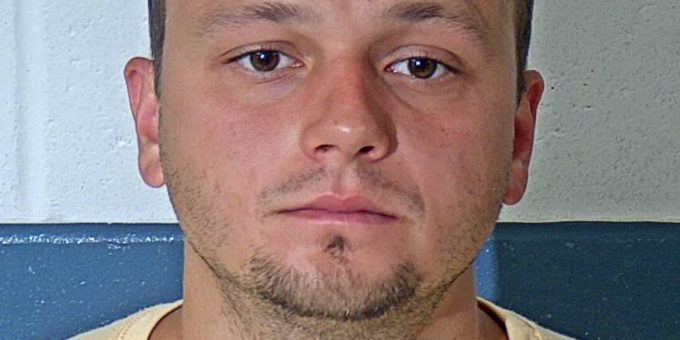 (BEDFORD) – A Bedford man was arrested Thursday afternoon on a warrant after he stole a truck from Bandana’s Bar & Grill on Thursday, May 16th.

Bedford Police arrested 28-year-old Zhenia Maksimov, of 938 McFadden Ridge Rd., on charges of auto theft and unauthorized use of a vehicle.

Police questioned several people at the establishment and learned Maksimov was in the parking lot looking into vehicles.

Bedford Police requested a deputy from the Lawrence County Sheriff’s Department to go to Maksimov’s home to see if the vehicle was there. When the deputy drove by they saw a red truck in the driveway but could not confirm it was the stolen vehicle.

When Bedford Police arrived at the home the truck was gone.

Officers recovered the vehicle and DNA swabs were taken inside the vehicle.

An analysis from the Indiana State Police Lab confirmed Maksimov’s DNA was found in the truck.

Police forwarded their information to the Lawrence County Prosecutor’s Office and a warrant was issued for Maksimov’s arrest.