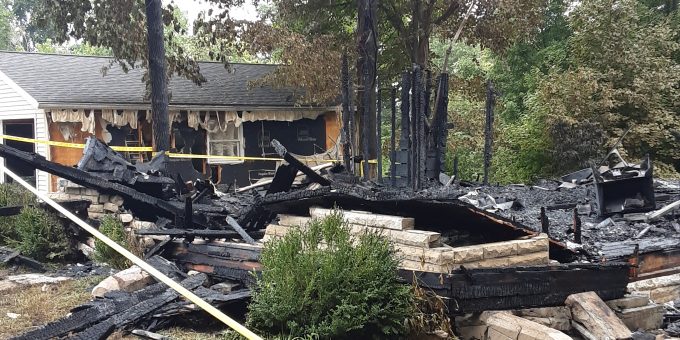 (OOLITIC) – Firefighters from Oolitic and Shawswick Volunteer Fire Departments responded to a house fire in the 900 block of Lafeyette Avenue at 1:54 a.m. Sunday.

Firefighters arrived to find the single-family structure engulfed in flames.

A nearby garage was also damaged in the blaze.

There were no injuries while fighting the fire and no one was in the home at the time of the fire.

The home was being renovated by Shawn Turpin.

The Indiana State Fire Marshal’s Office has been contacted to try to determine the cause of the fire.

Firefighters remained on the scene until about 5:30 a.m. today.

Seals Ambulance service was also called to the scene while firefighters fought the blaze.