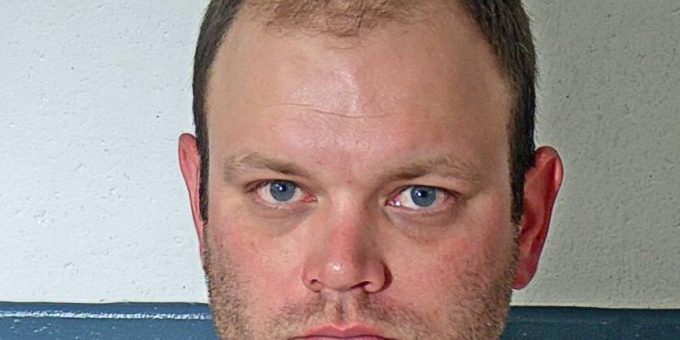 (MITCHELL) – A Mitchell man was arrested Thursday on a warrant charging him with corrupt business influence, theft, and possession of meth and drug paraphernalia charges.

According to a probable cause affidavit, on July 21st at approximately 4:30 p.m. Trooper Cody Brown received information from American Utility Corporation of possible credit card fraud by an employee. The company repairs and services above and underground utility lines.

The caller David Webb had been employed with the company for more than 13 years and currently holds the title of the superintendent of the company. Webb informed officials that currently supervises around seventy-two employees within the company. He disclosed that he believed Cogwell had manually entered the company credit card numbers to purchase a large number of items for his own personal use. He also disclosed that he suspected Cogwell took multiple tools from the company shop located in Bloomington, and other items out of a company truck. Webb described the tools being red-handled shovels and a B45 Stihl gas-powered drill, chains and boomers. Webb was not able to provide any serial numbers for the missing tools. However, he did state that it would cost well over $1,000 to replace these specific tools. He informed officials the Stihl gas-powered drill was around $500 replace brand new.

Webb told police he was not sure how Cogwell got the company credit card number. He thought Cogwell could have obtained the numbers from a supervisor. Webb then handed over a binder of receipts and credit card statements from Lowes, Harbor Freight, and Rural King.

Webb told police that he believes Cogwell made approximately $30,000 in purchases for his own personal use from February of 2020 to July of 2020. He also shared with police that he still had not received the credit card statements for the month of July and there could be more items fraudulently purchased by Cogwell.

Through security video police were able to see Cogwell make purchases at numerous stories including the Columbus and Bedford Rural King.

Police found the stolen items and items purchased at Cogwell’s home. Cogwell said that he had used the company credit card maybe five or six times to purchase items for his own personal use.

During their search for items purchased and stolen by Cogwell officials say they also found smoking pipes with meth residue in them.