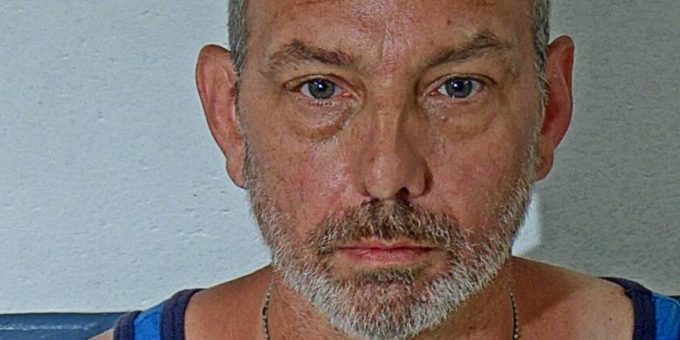 (MITCHELL) – A Mitchell man was arrested after he violated a protective order. Police arrested 46-year-old Jerry Knoy on a charge of invasion of privacy.

According to a probable cause affidavit, on Tuesday morning Mitchell Mayor J.D. England stated he was in the Clerk-Treasurer’s office when Knoy walked in and stopped by the window. Mayor England said Knoy had a piece of paper in his hand and erratically pointed it toward Mayor England and began yelling at him saying they had destroyed his water and killed Mikey Leatherman. Knoy started walking away but then turned around to confront the Mayor again.

England said he opened the door to the Clerk- Treasurer’s office and told Knoy to leave. Knoy then yelled “Jerry you and John Gass destroyed my water.”

England told police he approached Knoy and Knoy turned around and left but continued to yell at him as he walked away.

Police say Knoy was upset because of a letter sent to him by the Building Commissioner over water service and placing feces in trash bags. Mayor England said Knoy’s water service was shut off approximately six months ago.

On Wednesday afternoon police spoke to Knoy and he was arrested.