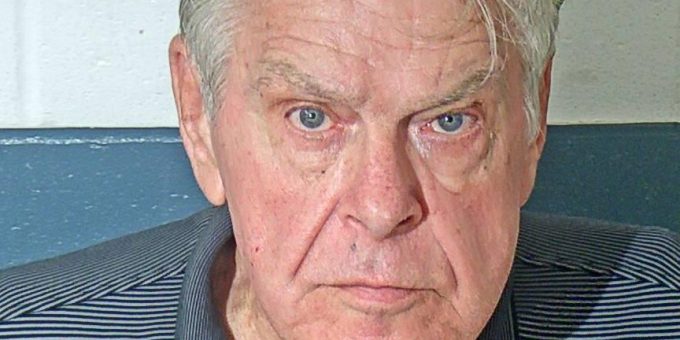 (MITCHELL) – A Mitchell man was arrested Wednesday afternoon on a warrant for letting his cattle run loose.

Police arrested 80-year-old Doel Baughman on a Class B misdemeanor charge of animal running at large.

According to a probable cause affidavit, on Monday, August 3rd the Lawrence County Sheriff’s Department received a call about cattle out along the roadway on East Grissom Road. When police arrived they found 10 head of cattle in the roadway.

Police noted that this is an ongoing issue with Baughman’s cattle.

“Mr. Baughman was advised twice the previous week to get the problem fixed before someone is injured, by striking a cow in the roadway. To this date Mr, Baughman has made no attempt to fix the problem. or has made any mention of fixing the problem. This problem has been going on for over two years now,” wrote Animal Control Officer Lola Nicholson.

Police have issued approximately 50 citations to Baughman in the past two years. Not only are the cattle loose, but now the department is receiving reports of the cattle causing property damage to nearby resident’s property.