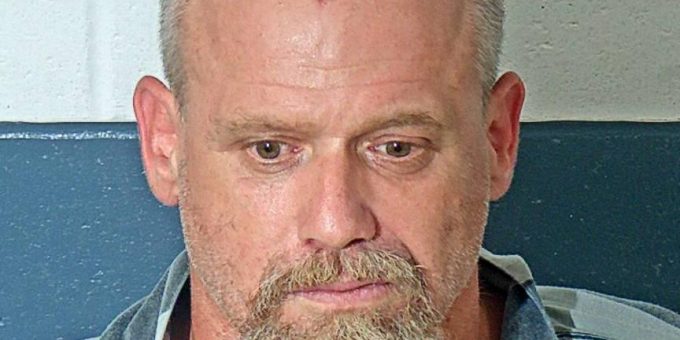 (BEDFORD) – A Branchville man was arrested on drug charges after a Lawrence County Sheriff’s Department deputy received information that the man was wanted on three warrants out of Jackson County.

Jackson County Sheriff’s Department deputies reported they received information Wednesday night that 51-year-old Anthony Lane was at a home in the 30 block of Daisy Lane.

Lawrence County deputies went to the area to look for Lane.

When they arrived they could hear a male and female talking inside. Some of the deputies went to the rear of the home in case Lane decided to flee out the back door.

Police then knocked on the door and a female answered and Lane was sitting on the couch.

Police informed Lane he was under arrest.

Police could smell the odor of burnt marijuana. Lane told police he had just smoked a “joint”.

Police received the woman’s permission to retrieve Lane’s belongings. In the area where Lane was sitting on the couch, police found Lane’s wallet, cell phone, a pack of cigarettes, and a clear glass smoking device that contained a white powdery crystal-like substance that field-tested positive for meth.