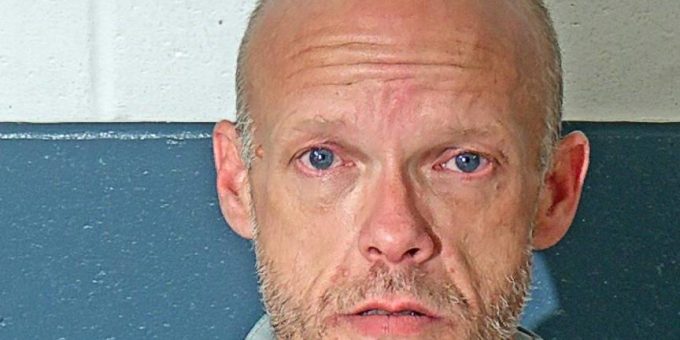 According to a probable cause affidavit, a Mitchell Police officer was on patrol on State Road 37 when they saw a silver Pontiac traveling northbound and swerved from the left lane into the right lane without using a turn signal. The officer followed the car and noticed the driver moving his head from side to side in a rapid motion and lean over multiple times into the passenger seat.

The driver, Shouse, looked back at the officer and continued to drive slowly. He finally stopped at the intersection of State Road 37 and Hancock Avenue.

When the officer approached the vehicle, Shouse was moving his right arm around in between the driver’s seat and front passenger seat. Shouse was told to put his hands on the steering wheel. Police say Shouse continued to act nervous.

Shouse consented to allow police to search the vehicle.

During a search of the vehicle, police found a clear plastic tube used to snort drugs in the center console. The tube tested positive for meth.

Shouse then began crying and bobbing his body up and down. Police asked Shouse to try to remain calm. While being transported to jail, Shouse told police he had an addiction problem that he battles every day.