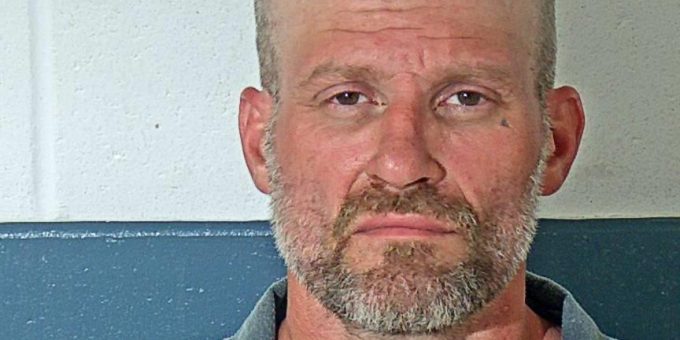 (BEDFORD) – A Paoli man was arrested early this morning after he fled Bedford Police on a motorcycle.

Police arrested 47-year-old Michael Elston, of Paoli, on three counts of resisting arrest and reckless driving and possession of marijuana.

According to Chief Terry Moore, the motorcycle that Elston was driving caught the attention of an officer patrolling on State Road 37 because it had an illegal blue light.

“While stopped at the stoplight at 29th Street and State Road 37 the officer ran the motorcycle plate which returned to an older model motorcycle,’ said Chief Moore. “The return also showed the registered owner had an active warrant.  The officer activated his emergency lights and attempted to stop the motorcycle.  After slowing down and pulling over to the side of the road Elston took off at a high rate of speed traveling south on State Road 37 refusing to stop.”

The pursuit continued west on US Highway 50 then turned onto Bryantsville Road where Elston lost control of the motorcycle and crashed near Sherwood Road.

“Elston took off running and was caught a short distance later inside a fenced field,” said Chief Moore.

Officers located what later tested to be marijuana on Elston.