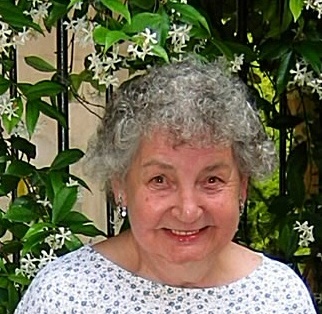 She was a factory worker for 15 years.

Carol was a devout Christian having grown up Southern Baptist. She was a long time member of the Hillcrest Christian Church in Bedford.

Carol’s Mother Mary and her Father George met while working at Rowe Mill on Garvey Lane in the 1920s, married, and had three children – Carol being the youngest. They lived with Carol’s grandmother in her home on Garvey Lane. When her grandmother and grandfather first purchased that home in 1896, it was a three-room home with 12 acres. Carol’s father died when she was only eight months old. Her mother had to go back to work. So the Stickles children were raised by their grandmother (then a widow herself) while their mother worked. Carol had a special bond with her grandmother Lillie Delight.

She spent almost all of her years on Garvey Lane (now John Williams Blvd) where she and her husband raised four sons. The sons were raised in the same house in which Carol was born and in which Carol’s mother was born. The family always had large gardens and a lot of chickens with an occasional hog or two.

Carol worked several years at Extruded Alloys near her home where she met many friends. She loved her life on the lane and has been called the Queen of Garvey Lane. Carol and her family’s rich history on the lane was the inspiration for a book titled “Garvey Lane, Bedford Indiana – An Unofficial History” as well as for the limestone marker near the intersection of SR 37 with John Williams Blvd.

Carol loved to travel having taken trips to Ireland, France, Italy, Hawaii, and a 17 day trip on Old Route 66 from Chicago to Los Angles with her son Danny in 2006. Her best trip was to Germany where she was able to visit the town and the church of her ancestors in the Black Forest area of Baden, Wurttemburg. There she was given copies the immigration information
of her Great-Great Grandparents on her father’s side as well as additional family history dating back to the mid-1700s.

Carol enjoyed playing cards with her best friends up until a few years ago and taking small trips with them. She also enjoyed working crossword puzzles, word searches, and jigsaw puzzles. She loved family and family reunions and was especially fond of babies.

Carol was loved by everyone she met. She had a great disposition with a warm smile and welcoming eyes. In fact, she was told a number of times how people loved the way she smiled with her eyes.

Funeral services will be held at 1:00 pm on Saturday, August 15th in the Elmwood Chapel of the Day & Carter Mortuary with Pastor Charlie Scott officiating. Burial will follow in Cresthaven Memory Gardens. Visitation will be from 11:00 am until the hour of the service at the mortuary on Saturday.

In lieu of flowers, memorial contributions may be given in honor of Carol to the American Cancer Society or a charity of your choosing.

Family and friends may express condolences for Carol at www.daycarter.com.