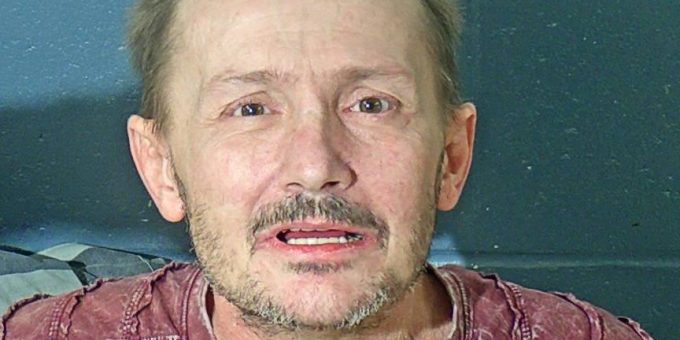 (MITCHELL) – A Mitchell man was arrested Tuesday after officers were called to a home in the 1130 block of West Main Street after a report a woman was being threatened with a knife.

According to a probable cause affidavit, when police arrived they found a distraught female standing on the porch. The woman told police Kline was in the house sitting on the couch.

Officers entered the home and found Kline sitting on the couch. Police say Kline smelled of alcohol. Kline admitted to drinking earlier in the day.

The woman told police she and Kline had been drinking fireball shooters and she went into the kitchen to cook food for the kids. Kline got upset and
started screaming. When Kline entered the kitchen, she started to put the pan down on the table. Kline picked up and threw the pan on the ground. He then pushed the woman with both hands, knocking her backward. After regaining her balance, Kline came at her again. She pushed Kline away from her causing him to fall to the ground. He became more upset and pulled a black knife from his pocket. Police found the knife in the couch cushions where Kline was sitting.

The woman said Kline began screaming with the knife in his had saying he would cut her and everyone in the home and that “no one better sleep tonight.”

At that time the woman handed her friend the keys to her truck and left. Kline then called police to report the truck stolen, however, the truck belonged to the woman, and while on the phone with the dispatcher Kline handed the woman the phone and she reported the domestic fight.

Kline was arrested. At the jail, Kline blew a 0.210 on a portable breath test.