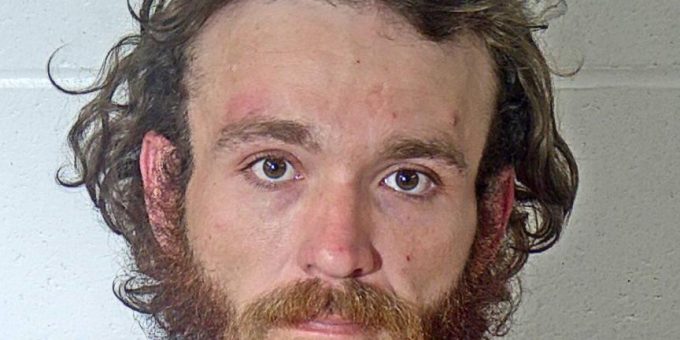 (MITCHELL) – A Mitchell man was arrested Tuesday on a warrant after he left the scene of an injury accident on State Road 37 near Hancock Construction on July 29th.

Officers arrested 36-year-old Brennan Winkler on a charge of leaving the scene of an accident with injuries.

According to a probable cause affidavit, Mitchell Police investigated the accident.

A female driver told police she was traveling northbound on State Road 37 when a male in a silver Ford Fusion with black rims was displaying signs of an aggressive driver. She told police the driver slowed down abruptly and then sped up and continued to do so for a significant distance on the highway. The woman told police the male driver rolled down his window and was waving his arms and yelling at her. The woman told police that she attempted to pass the Ford when the driver of the Ford swerved over into her lane causing her to swiftly steer into the turning lane to avoid contact with the Fusion. The woman lost control of the vehicle and the vehicle went into oncoming traffic in the southbound lane. The vehicle then turned sideways, hit the curb, and flew into the air before impacting a concrete barrier at Hancock Construction.

The woman was taken by ambulance to a Bedford hospital and then flown by helicopter to Eskinazi hospital in Indianapolis. The woman suffered head trauma, a concussion, an ankle sprain, and a torn ligament in her knee.

Officers gathered the security footage from the Marathon station which is across the street from Hancock Construction where the accident
took place.

After observing the security footage of the accident, the officer knew the registered owner of the Ford Fusion was Brennan Winkler.

While officers were traveling to Winkler’s residence, Central Dispatch advised that there was a 911 call hang up at Winkler’s home. When police arrived Winkler said he was wondering when the police would show up.

Police told Winkler they were there because of the 911 call. Winkler told police it was his child that had dialed 911.

Winkler asked if, “that girl” was alright and the officer asked what he meant. Winkler told police he witnessed the accident near the Marathon station. Winkler told police that the female driver that was driving beside him was making him mad and he swerved at her to get her to “back off.”

Winkler told police, “I didn’t hit her or anything because I had my kids with me.” He told police he slowed down and thought about stopping, but he decided to keep driving because he saw that other people were running to check on her.

Winkler told police he did not want to get in any trouble, but he felt like she “kind of deserved it.”

Police told Winkler he should have stopped when the accident occurred.

Police left the home and forwarded their investigation information to the Prosecutor’s Office and a warrant was issued for Winkler’s arrest.