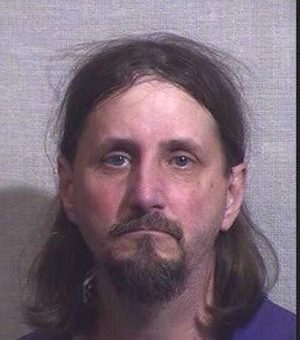 According to a probable cause affidavit, the charge stems from a 2006 incident involving Norris and a young female.

While the Brownstown Police Department was moving from its old office building at 200 West Walnut Street to a new office at 116 East Cross Street Police Chief Tom Hanner located a rape kit that was collected at Schneck Medical Center on April 20, 2006.

Chief Hanner gave Detective Jac Sanders the kit and asked him to look into the case to make sure it had been resolved.

According to police, the case had been assigned in April 2006, to now retired Brownstown Officer Thomas Wright on the day the rape kit was collected. Wright told Detective Sanders he could not explain the details of the case.

Detective Sanders interviewed the victim who told him she had been sexually assaulted by Norris 14 years ago while she was staying overnight at a friend’s house.

Detective Sanders interviewed several witnesses named by the victim. He then sent the case to the Jackson County Prosecutor’s office who issued a warrant for Norris’ arrest.

Norris was booked into the Jackson County Jail in Brownstown at 11:40 a.m. and is being held without bond.