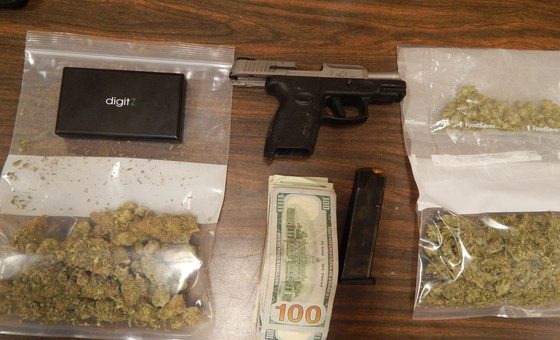 (LAKE CO.) – Tuesday morning at approximately 2:20 a.m., Trooper Griffin was patrolling near the intersection of Broadway and 48th Street when a driver in a silver Nissan Altima disregarded a stoplight.

Trooper Griffin initiated a traffic stop.  The vehicle failed to stop and a brief pursuit took place.  The vehicle stopped at 45th and Maryland where both male occupants of the vehicle were arrested.

One of the occupants was a juvenile and the driver was Jelani D. Long, of Gary, IN.  Long was transported to the Lake County Jail on charges of resisting arrest, dealing marijuana, possession of a handgun without a license, possession of marijuana, and possession of drug paraphernalia.

The Gary Police Department assisted at the scene.  The vehicle was impounded by AC Towing.