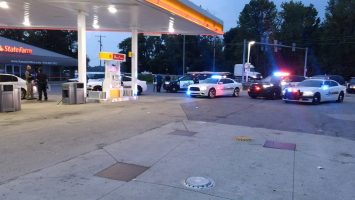 (SEYMOUR) – On Monday, the Seymour Police Department received a call of an armed robbery at the AT&T Store located at 1510 East Tipton Street in Seymour.

According to witness statements, three black males entered the store. One of the men displayed a handgun and ordered a store employee and a customer to the back of the store.

The customer was not cooperative and chased the three men out of the store where they got into a silver passenger car and fled the area.

The officer observed the vehicle pull into a gas station and the occupants matched the description of the men involved in the attempted armed robbery.

The officer detained the men.

Based on physical evidence collected at the scene of the arrest and video evidence recovered from the AT&T store, police arrested 19-year-old Steven Reed, 19-year-old Jamaryvan Brewer, and two 16-year-old males all from Indianapolis on charges of attempted armed robbery.