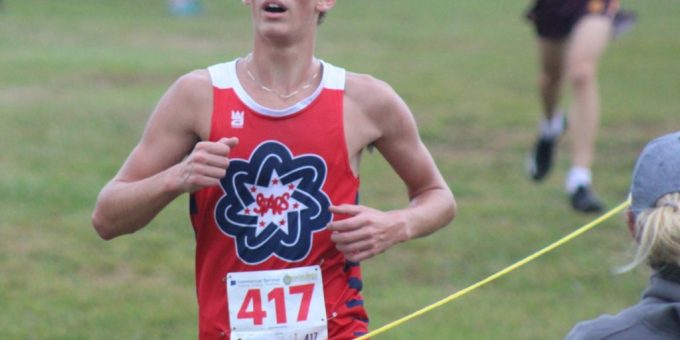 BEDFORD – Seniors are often a safety net, catching a younger teammate when they stumble, adding stability and leadership. Bedford North Lawrence had nine of them last season. That graduation left a huge hole in the net.

For the Stars to continue their success, somebody will have to fill the void.

That’s the challenge as BNL runs into the fog of the 2020 campaign, with all its potential problems and pitfalls off the course and the competition on it. Who leads the way? Who shines through the murkiness?

Four veterans with race experience will be the foundation. Isaac Williams and Brayden Lanham, both seniors, will join junior Colton Sons and sophomore Cole Baker in the chase to transition from the pack to the front.

Last year, the lead dog was usually Cooper Holmes, a semistate qualifier, with Ethan Vaughn not far behind.

“We don’t have the consistent No.1 guy anymore,” Calhoun said. “With those four, consistency will be key. Last year, one week they could have a good race and one week a bad one. For us to be successful, we can’t have a bad race.

“I’m excited about the potential growth of this team. Since our team in underclassmen driven, I’m exited to see where this pushes us.”

Among the 21 runners on the roster, others to vie for scoring positions will include juniors Cameron Haste and Jacob Simmerman.

BNL finished third in last year’s sectional, lingering behind the two Bloomington rivals in the team standings, and eighth in the regional.

Can the Stars move up? They suffered a setback in training with the cancellation of the spring track season and the postponement of official summer workouts until July. Everyone was affected equally, although some chose to hit the road on their own.

“It’s that team atmosphere and accountability,” Calhoun said. “We still had to get miles in, we couldn’t sit on our butts and play video games. When we started in July, I did see we were out of shape. So we had to have a fine line of putting in careful miles to avoid injuries and put in speed workouts. It was a challenge.

“I want to see them have a fire underneath them , where this might be our last race ever and where can we go.”

BNL will open the season on Saturday in the Terre Haute South Invitational.