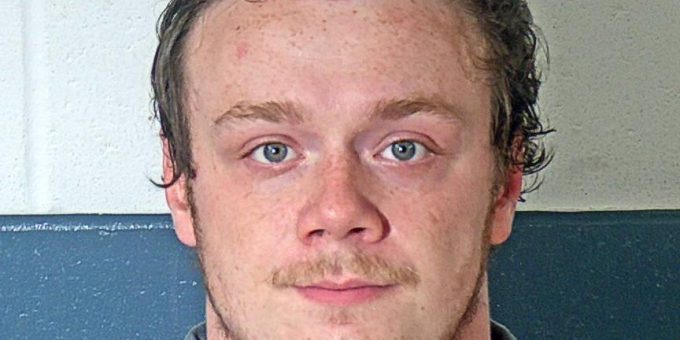 (MITCHELL) – A Mitchell man was arrested Sunday morning after a report of a domestic fight in the 40 block of Northside Village.

Mitchell Police arrested 24-year-old Quenton Hatfield on a charge of domestic battery in the presence of a child.

According to a probable cause affidavit, when Mitchell Police arrived at 10:30 a.m. they spoke to a female who told police she and her grandson, Quenton Hatfield, had gotten into an argument over Hatfield spanking one of his children. She then asked him to leave the home.

Hatfield got angry and busted a bedroom light. As the woman went to grab her phone and call 911 he “came after her.”

She told police Hatfield struck the right side of her face with his hand.

The woman grabbed one of the children (she was unable to get to the other child) and went to her sister’s home and called police.

Police say the woman’s cheek was red and she was complaining of pain and a headache.

The woman told police Hatfield had been up for several days prior to Tuesday and then slept for days making her believe he was on meth.

When police went to the woman’s home they found Hatfield asleep on the couch in the living room. They woke him and placed him under arrest.