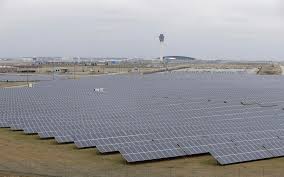 (GRANGER) — An Indiana utility company has begun construction on what will become its largest solar facility.

Indiana & Michigan Power had said work would begin this past spring with operations starting in the fall following the state’s approval of the project in March. But the company recently announced that construction would not be completed until the spring, South Bend Tribune reported.

I&M spokesman Brian Bergsma could not point to one reason for the delay in construction.

“There’s a lot of factors that go into any construction project,” Bergsma said. “I don’t think there is one issue that we could say, here’s the reason.”

The Fort Wayne-based company has said the facility will attract new businesses looking for renewable energy options to the Granger area, which is just northeast of South Bend.