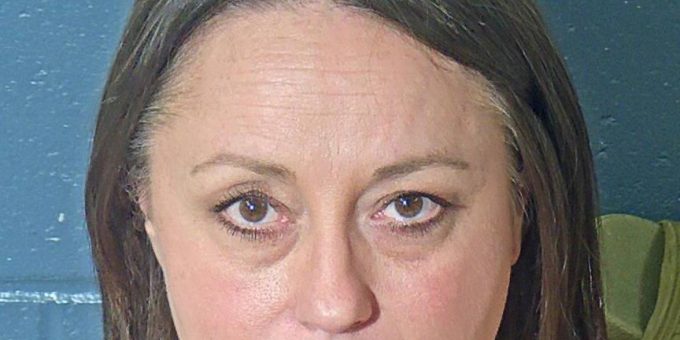 (BEDFORD) – A Bedford woman was arrested early Saturday morning after Bedford Police officers were called to Steak ‘N Shake after a report of a domestic fight.

When officers arrived at 2:55 a.m. they spoke with a male who stated his ex-girlfriend slapped him in the face while he was waiting to order food at the drive-thru.

Police arrested 46-year-old Amber Cromwell, of Mitchell, on charges of domestic battery and interfering with reporting a crime.

The male victim told police that Cromwell pulled up to the vehicle he was a passenger in, opened the door and slapped him. He also told police he wanted to file charges.

“Officers located Amber a short time later and she was taken into custody,” said Chief Terry Moore. “Amber denied the battery before being transported to jail.”