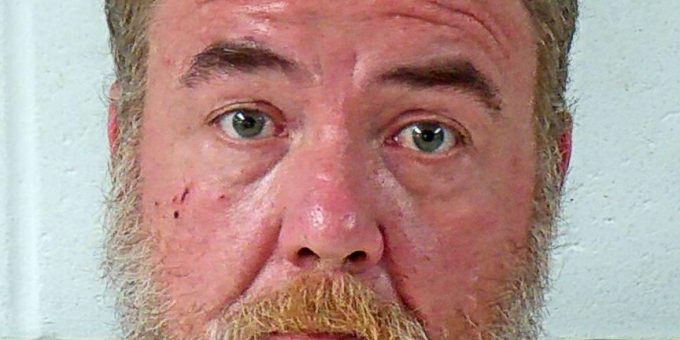 (MITCHELL) – A Mitchell man was arrested on a charge of domestic battery.

According to a probable cause affidavit, on August 2 at 12:27 a.m. Mitchell Police officers were called to a home at 10 Lakeside Estates after a report of a domestic fight.

When police arrived, they found a female in distress and Chenault walking around the southeast corner of the home. Chenault had a small scratch on his right check and redness to the lower left side of his neck.

Chenault told police he had been in an altercation with the woman after hearing her complain about spilled cereal.

Chenault came out of the living room and into the kitchen to see what the woman was yelling about and that is when she became verbally aggressive and swung her hand at him twice. This caused the redness and scratch on his neck and face.

Chenault said he left the kitchen when the woman threw a bowl on the ground in his direction.

Chenault then went outside.

While police were questioning Chenault, a person in a black Chevrolet Trailblazer arrived and took Chenault to a local hospital for the night.

The woman told police that Chenault had attacked her. The officer saw her shirt had been stretched around the collar and she had redness around her neck and face.

The woman told police she was lying in bed when she accidentally spilled a bowl of cereal.

She told police she went into the the kitchen to gather items to clean up the mess and was complaining to herself.

She told police Chenault came into the kitchen and sat at the table and began being verbally aggressive with the woman.

The woman says Chenault was mad because she was complaining.

At one point during the argument the woman bent over to retrieve an item. At that point while still seated Kenneth placed his arm around Tracy’s neck and placed her in a headlock. The woman said she struggled to free herself, but was able to jerk her head away from him. When doing so Chenault fell from the chair and she fled to the bedroom.

While attempting to close the door to her bedroom Chenault, who had gotten up off the floor, was pushing against the door preventing it from closing. The woman told police she grabbed a broom located next to the door and used it to get Chenault off the door. When doing this he fell
to the floor again and she was able to close and lock the door.

The woman then said Chenault began throwing objects at her including an aerosol can and a black belt. All of the items missed the woman and struck the door.

Police asked about the scratch on Chenault’s face. The woman told police it must have happened when she was trying to get away from him.

The woman told police she and Chenault were in the process of getting a divorce and were living in separate bedrooms located in opposite ends of
the residence. The current living arrangements was a temporary fix until Chenault could move out.

The woman then informed police she wanted to file changes against Chenault.

A warrant was then issued for Chenault’s arrest.