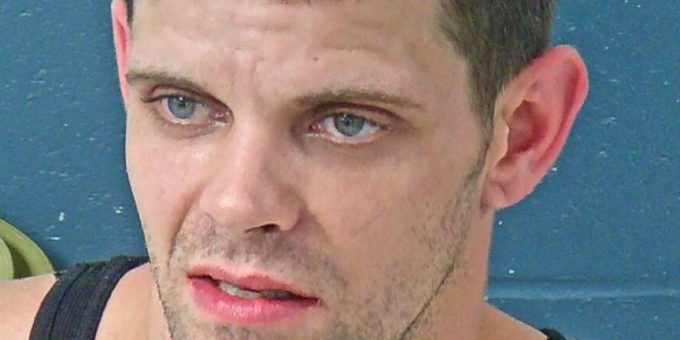 (BEDFORD) – Bedford Police officers arrested 36-year-old Joseph Abner Thursday night after they were called to Taco Bell on a report that a male in a red GMC truck in the drive-through had possibly overdosed.

“As the first officer arrived, he noticed a truck matching the description leaving the parking lot,” said Chief Terry Moore. “The officer initiated a traffic stop. The male identified as Joseph Abner acknowledged the officer and reversed back into the parking lot and into a parking spot. After parking the truck Abner exited the truck and took off running north and continued doing so after being told several times to stop.”

The officer continued after Abner and eventually caught up to him in a wooded area near Limestone Drive. Abner actively resisted arrest until additional officers arrived to take him into custody.

“After returning to Abner’s truck officers learned that he had caused an accident while leaving the drive-thru after getting upset with employees,” Chief Moore added. “During the inventory of Abner’s truck officers located prescription medication that did not belong to him and a substance consistent with altering a drug screen.”

Abner was arrested on charges of public intoxication by drugs, resisting arrest, leaving the scene of an accident, possession of a legend drug and possession of a device to interfere with a drug test.