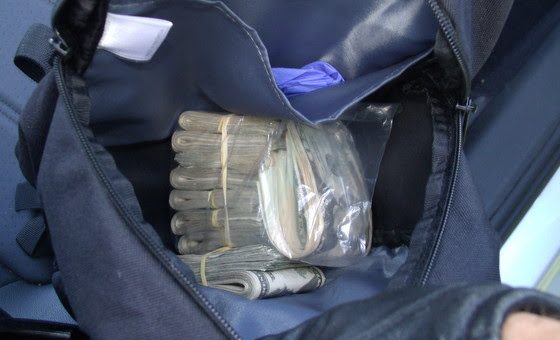 (BLOOMINGTON) – A Tennessee couple was arrested Wednesday just before 5:30 p.m. after an Indiana State Trooper observed a silver passenger car traveling at a high rate of speed at the 109 mile marker, northbound on Interstate 69, about 5 miles south of Bloomington.

Trooper Allen Deel was able to clock the vehicle’s speed at 100 miles per hour.

As Trooper Deel attempted to initiate a traffic stop, the silver car fled, driving erratically and reaching speeds of over 140 miles per hour. The vehicle began dangerously weaving and passing in the median and on the roadway shoulders prior to exiting the interstate on 3rd Street.

At that time, Trooper Deel terminated the pursuit.

A short time later, Trooper Todd Durnil came into contact with the silver car north of Bloomington and the driver fled again, this time southbound on North Griffith Access Road. The vehicle ultimately crashed through a fence at a private residence and then through a field, crashing through a cattle gate and finally crashing through the I-69 boundary fence before becoming stuck in the mud.

Both Davis and Allen were lodged at the Monroe County Jail.