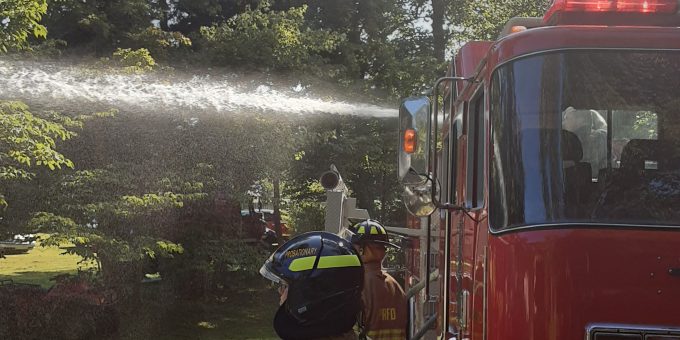 (HELTONVILLE) – The Pleasant Run Township Fire Department responded to a garage fire near a residence in the 3000 block of Coveyville Road this morning at 8:40 a.m.

The smoke from the blaze could be seen for several miles according to firefighters who responded to the fire.

“We were able to keep the fire from spreading to a nearby residence, however, the two-car garage was already well involved before we got to the scene,” said Assistant Chief Chad Hillenburg of Pleasant Run Township Volunteer Fire Department.

The garage is owned by Mike Patton.

The exact cause of this fire remains under investigation. No injuries were reported during the incident.

Other agencies that assisted the department included the Lawrence County Sheriff’s Department who helped with traffic control in the area, a Seals Ambulance crew and Utilities District of Western Indiana who disconnected the power to the garage.