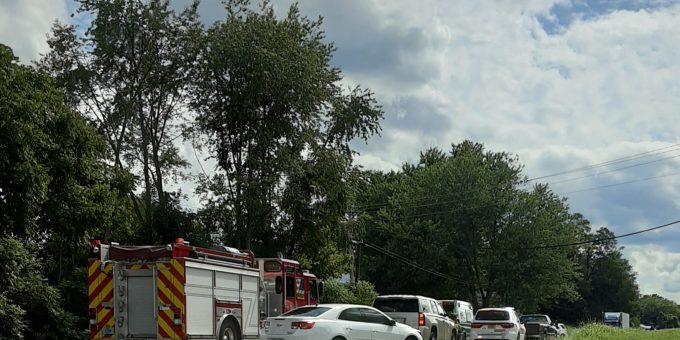 Officers responded to the scene located at the intersection of U.S. 50 West and Hummingbird Lane at 3:50 p.m.

The driver of the motorcycle was taken from the scene by ambulance to a landing zone where a Stat-Flight helicopter transported him to the University of Louisville Hospital.

U.S. 50 West was closed for several minutes in both directions while emergency personnel worked the scene.