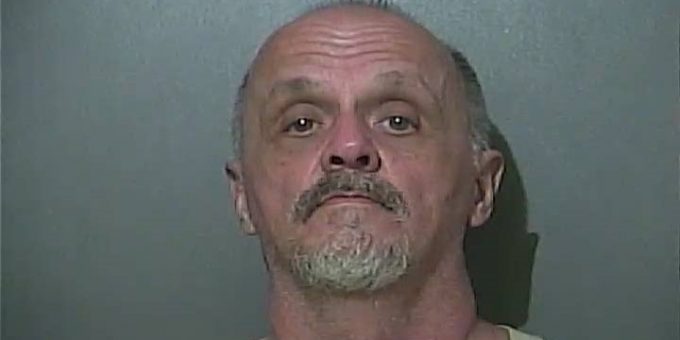 While patrolling, he overheard a dispatch put out by Vigo County Central Dispatch Center in reference to a silver passenger car that 59-year-old Timothy Biddy, of Terre Haute, an escapee from the Clay County Jail, may be operating.

Trooper Organ then observed the silver passenger car at Parke Avenue and Clinton Street and recognized that Biddy was the operator.

Trooper Organ then attempted to conduct a traffic stop, but Biddy disregarded the fully marked State Police patrol car with its emergency lights activated and accelerated.  A pursuit then ensued.

Biddy traveled across the center island in the roundabout at the intersection of Fruitridge and Haythorne and continued traveling south on Fruitridge Avenue. The pursuit traveled through several city streets, reaching speeds of 90 MPH.  After reaching the high rate of speed, Biddy came to an abrupt stop on 25th Street near Beech Street.  Once stopped, troopers and other local law enforcement officers conducted a felony traffic stop taking Biddy into custody without incident.

Further investigation discovered that Biddy was in possession of marijuana and of a stolen vehicle out of Collinsville, Illinois. Biddy was then transported to the Vigo County Jail where he is facing charges of escape from lawful detention in Clay County, resisting law enforcement in a vehicle, Level 6 Felony, auto theft, Level 6 Felony, reckless driving, Class A misdemeanor and possession of marijuana, Class A misdemeanor.

Once adjudicated he will be transported to Clay County on charges of escape from lawful detention.