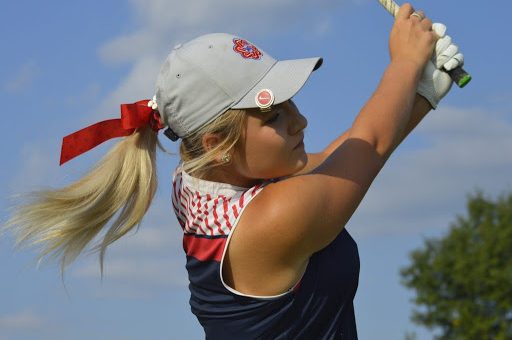 Bailey, after mishitting her first two shots of the day, caught fire and posted three birdies. She solved the 5th and 9th holes on the front nine, then added another birdie on No.15.

”My short game was better today,” Bailey said. “I spent two hours practicing that, and it definitely paid off.

“I just tried to keep a positive attitude. I remembered that the most important shot is the next one.”

Olivia Sanders added two birdies and finished with a 79 on the par-73 layout. Ashley Chase suffered difficulty on the back nine, including a lost ball, and finished with 92, while freshman Chloe McFaddin capped the BNL scoring with 95.

“I was really impressed with Chloe. She was battling her swing and not happy with her scores, but she has improved leaps and bounds.”

Westfield’s Sam Brown was the medalist with a 2-under 71 while teammate Sophie McGinnis added a smooth 72. Madison’s Keara Eder posted 73.

BNL will return to action on Saturday in the Washington Invitational at Country Oaks.